Fail: Capturing last US jaguar leads to its death 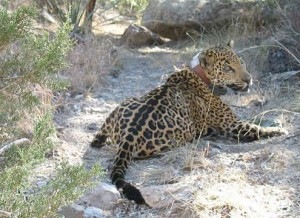 Jaguar (Panthera onca) was thought to be absent from the United States of America territory. But for a few years, people have been tracking the moves of two animals Macho A and Macho B within the borders of the Arizona state. Macho A was probably dead a few years ago and Macho B was now considered as the last jaguar living in the wild on US soil.

However, recently caught to give it a GPS tracking collar, Macho B was rather old (15-16 years old). After being freed again by the Arizona Game and Fish Department, it started showing troubling signs of weakness and was trapped again for a medical checkup. Verdict: Severe kidney failure. It explained too well the slow moves and gait.

In front of the severity of the illness, Macho B had to be euthanized.

During the autopsy, specialists drew a frighteningly precise conclusion: The recent catch probably affected the animal to the point of being death cause. Chemicals used to calm it down, more precisely, would have been at the origin of its troubles.

So, there is no longer any jaguar living in the wild in the USA. The only good news seems to be the signature by B.Obama of an act repelling the recent amendment by G.W.Bush that effectively put the wildlife experts at Fish and Wildlife Services and the National Marine Fisheries Service out of the loop for projects that could cause harm to endangered species. Now again, the interests of wildlife will be taken into account and the industrial companies will no longer have a free ride. Science is coming back.