The Giant American Cheetah was not fast, but powerful

You certainly heard about the American Cheetah, this long-lost fossil of a cheetah which was living in North America up to about three million years ago. While the term calls images of a slender speeding cat, it seems that this was more a Giant Cheetah than a Cheetah.

The Miracinonix genus was made of two species (as far as we know today) which appear to have been at least twice as big as current African cheetahs and as large as an American cougar or mountain lion. And they were probably not as slender and not as fast as those current cats.

But a Sorbonne University paleontologist, Denis Geraads, also analyzed the structure of the fossil craniums and compared it to the common cheetah cranium (see his paper). He concludes that the giant cheetah had jaws so much more powerful that they had probably a different kill strategy. The African cheetah is not very powerful so it relies on a kiss-of-death solution (holding/strangling its victim neck until it dies from asphyxation), while the Miracinonix was probably strong enough to crush through a skull (or break its victim’s neck). 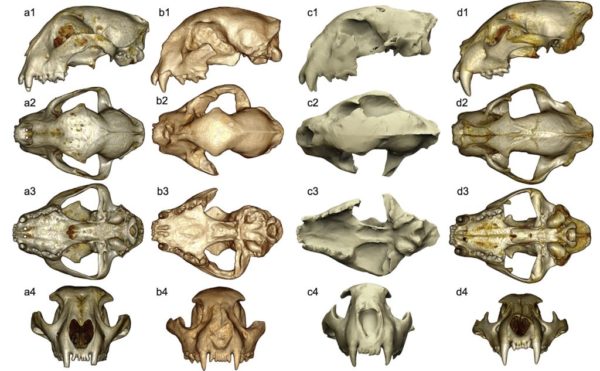 How to draw a saber-tooth cat